Elaine Kasket photographed in a London studio during her book promotion of her new book, "All The Ghosts In The Machine". Elaine Kasket was born in America. After completing degrees in psychology and journalism at university, she dreamed of bringing the two disciplines together in a career as a science writer, but took a detour and pursued a doctorate in clinical psychology instead. After her move to the UK in 1999, she became a psychologist by choice and an academic by accident, and spent many years building her psychotherapy practice and working at universities. After producing a number of journal articles and chapters for academic texts, the experience of doing a solo-authored book – How to Become a Counselling Psychologist (Routledge, 2017) – finally convinced her to take a break from her role as Head of Programmes for Counselling Psychology at Regent’s University and to return to her writing roots. 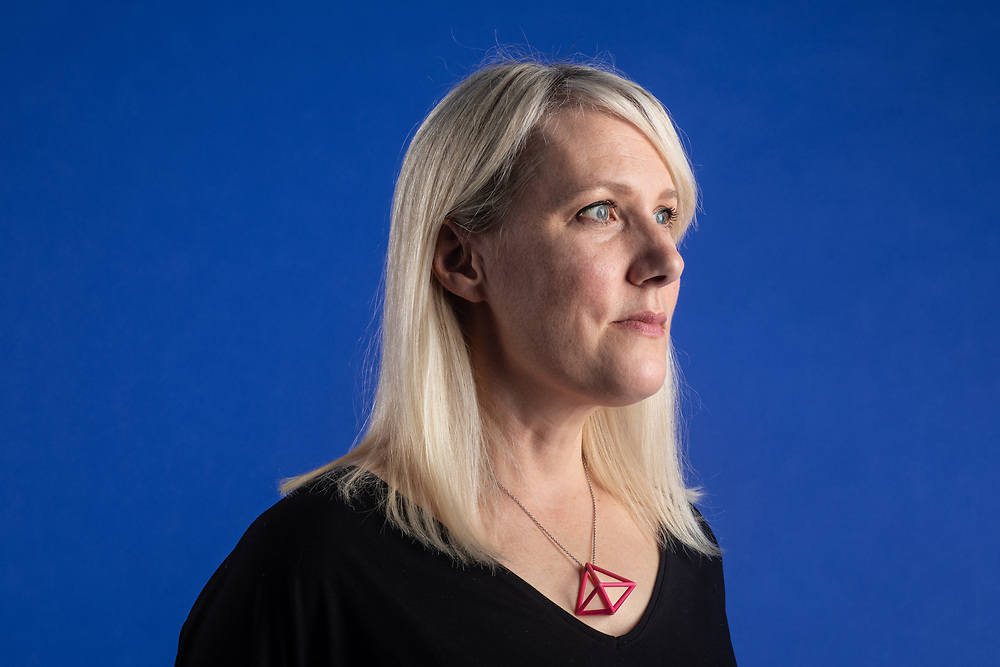