Graham Potter photographed in the reception of the Brighton and Hove Albion Training Ground Reception. Graham Stephen Potter (born 20 May 1975) is an English professional football manager and former player who played as a left back. He is the head coach of Premier League club Brighton & Hove Albion.

In a 13-year playing career, he made 307 appearances in the Football League, and also played in the Premier League for Southampton. At international level, he was capped once for England at under-21 level.

Potter started his managerial career in December 2010 with Swedish club Östersund. He won three promotions and the Svenska Cupen with Östersund, leading them to the 2017–18 UEFA Europa League knockout stage. He was appointed manager of Championship club Swansea City in June 2018, and moved on to Brighton & Hove Albion a year later. 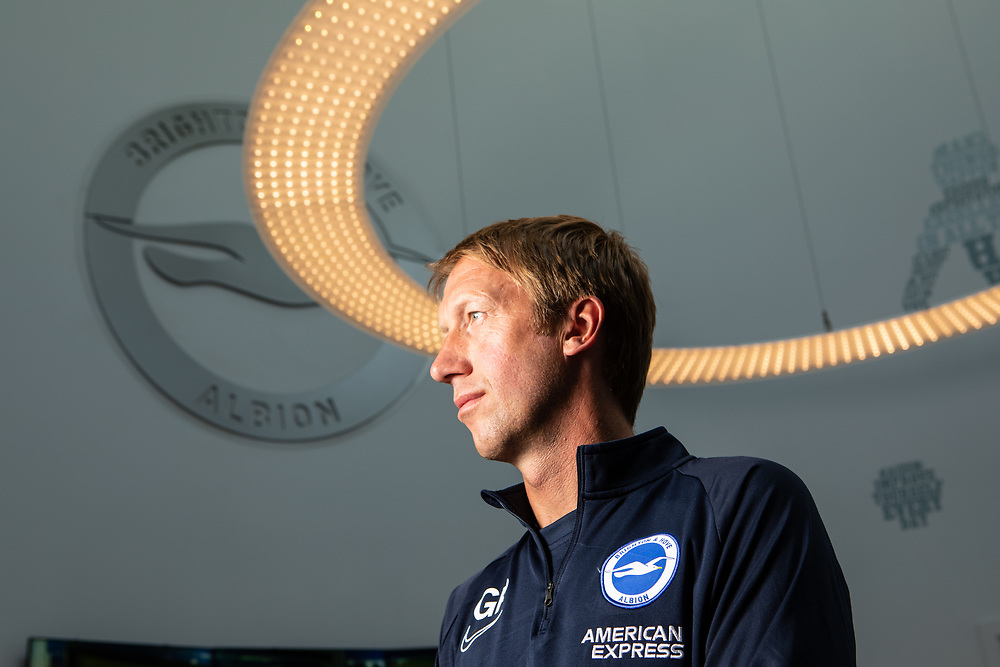