Theon Cross is a London based Tuba player and composer and is one of the key components of the cities thriving young jazz scene. He has made a name for himself for providing his own unique brand of swaggering Tuba Bass in jazz and various other styles of music. Most significantly in the award winning four-piece Sons of Kemet. He has also worked with a range of other well known musicians including Moses Boyd, Jon Batiste & Stay Human, Pharoe Monch, Emile Sande and Kano.

In addition to his work in these projects he skilfully leads his own powerful and eclectic group exploring the diverse range of musical sounds of London through his compositions. His debut release ‘Aspirations’ was one of the most impactful of 2015 putting him up for two nominations for Best Instrumentalist of the year( Jazz Fm Awards 2016) and Best Jazz Newcomer (Parliamentary Awards 2016)

Many live outings have proved his and his groups impact including opening for Christian Scott at the 2015 EFG London Jazz Festival.Theon Cross is a tuba player who was born in 1992 and raised in Brockley. Mentored by Andy Grappy, who was at the centre of influential late-’80s powerhouse the Jazz Warriors, Theon’s sonic alchemy draws from the history of New Orleans jazz while locking into a tight, contemporary sound. 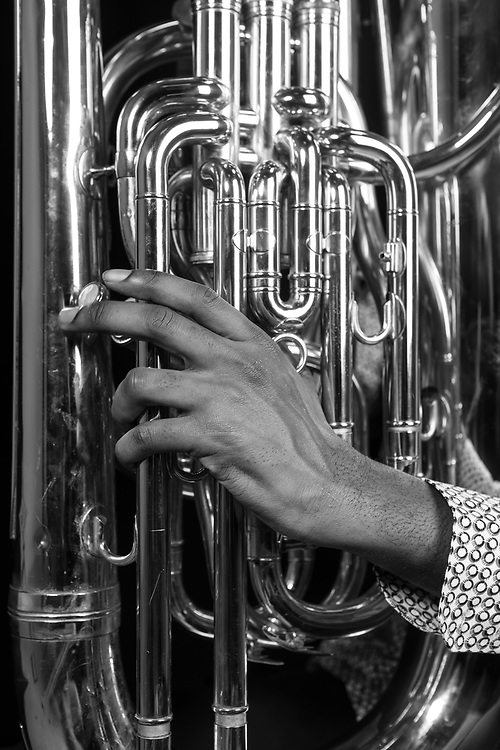