Simon Heffer, the writer, hisrtorian and journalist photographed at his homenear Colchester. Simon Heffer is the author of a new book "henry 'Chips' Channon: The Diaries (Volume 1: 1918-38. Simon James Heffer is an English historian, journalist, author and political commentator. He has published several biographies and a series of books on the social history of Great Britain from the mid nineteenth century until the end of the First World War. He was appointed professorial research fellow at the University of Buckingham in 2017.

He worked as a columnist for the Daily Mail and since 2015 has had a weekly column in The Sunday Telegraph. As a political commentator, Heffer takes a socially and constitutionally conservative position. 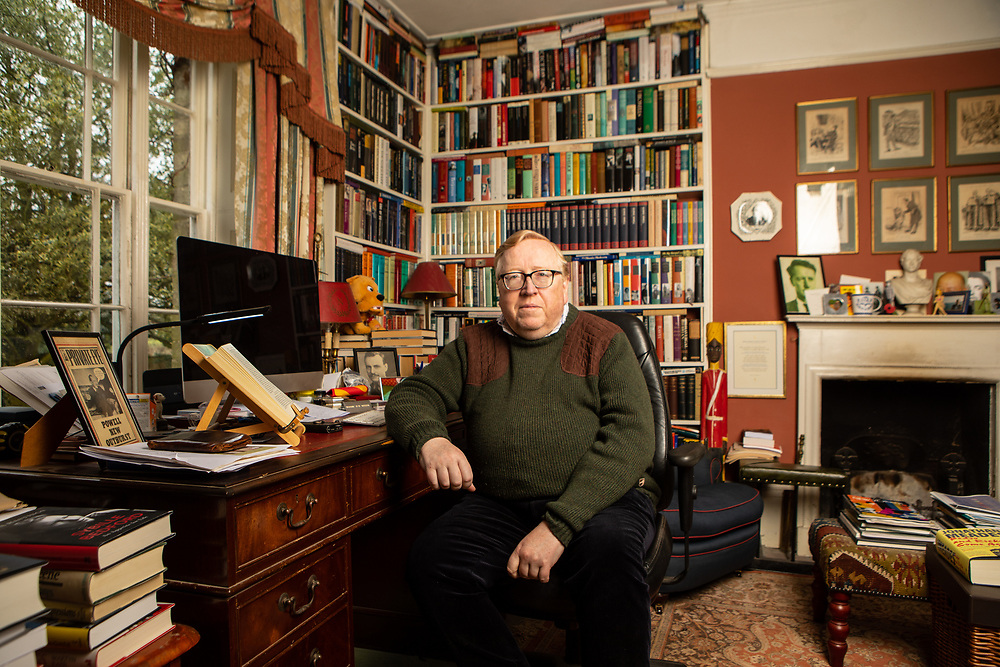