Murder #112, Seydou Diarrassouba, Oxford Street......Seydou Diarrassouba, 18, was stabbed to death in Oxford Street during the sales on Boxing Day 2011. Diarrassouba suffered two knife wounds to the chest after being attacked near a shoe store. He collapsed near Bond Street station and was pronounced dead at the scene. A postmortem revealed the cause of death was a stab wound to the heart. Two men were charged with murder but were cleared of the charge after they successfully claimed self defence. 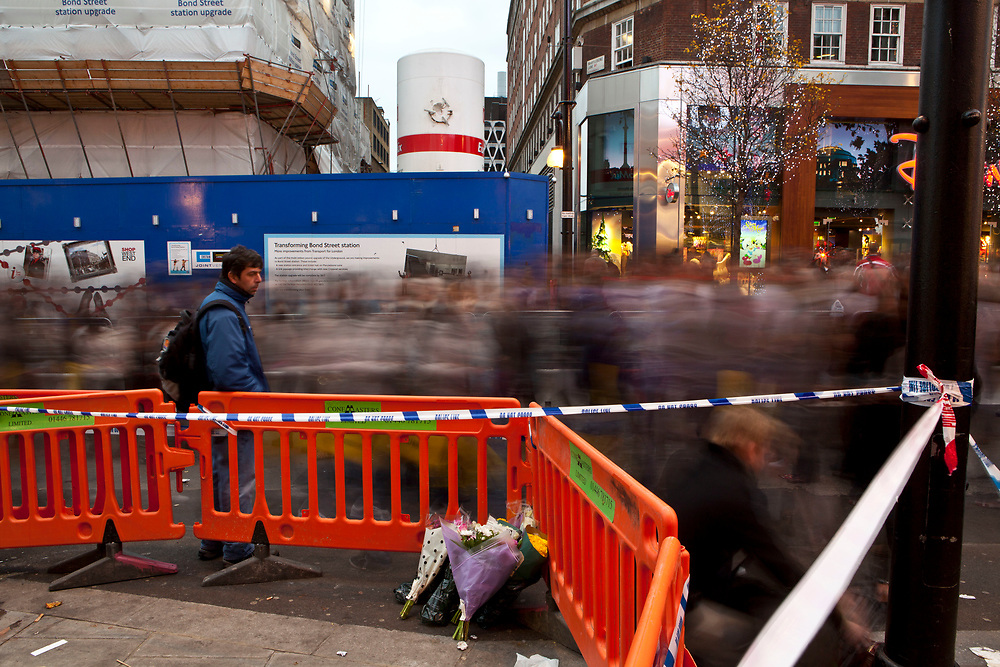