Sheena Patel photographed at the Guardian Studio in London. Sheena Pate's debut novel is called "I'm A Fan". Sheena Patel is a writer and assistant director for film and TV. She is part of the poetry collective 4 BROWN GIRLS WHO WRITE, who have given performances and talks across the UK and internationally, including at the British Library, the Tate, the Muscat Literature Festival, and as a support act for Sleaford Mods. Their work has been featured on podcast "Poetry Unbound" and by British Vogue. 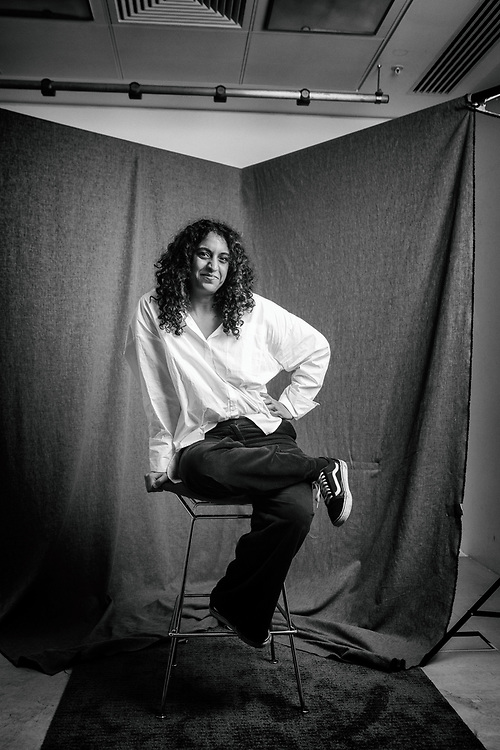