James Cochran at his 12:51 restaurant in Islington, North London. 12:51 is James Cochran's signature restaurant. With parents from St. Vincent in the Caribbean and Glasgow, Scotland, he grew up by the sea in Whitstable, Kent - a mixed-heritage reflected in his innovative and exciting dishes. After getting his first job at Wheeler’s Oyster Bar in his hometown, his talent took him to the world-renowned, two-Michelin-starred, The Ledbury - where he honed his skills under mentor Brett Graham - before he went on to run the kitchen at Michelin-starred gastropub The Harwood Arms.

He opened 12:51 in Islington, north London in 2018 - the same year he won the BBC’s Great British Menu - a feat he repeated in 2020. A winner of the prestigious Eater London Chef of The Year, James also runs Around the Cluck offering a gourmet twist on the classic fried chicken takeaway. 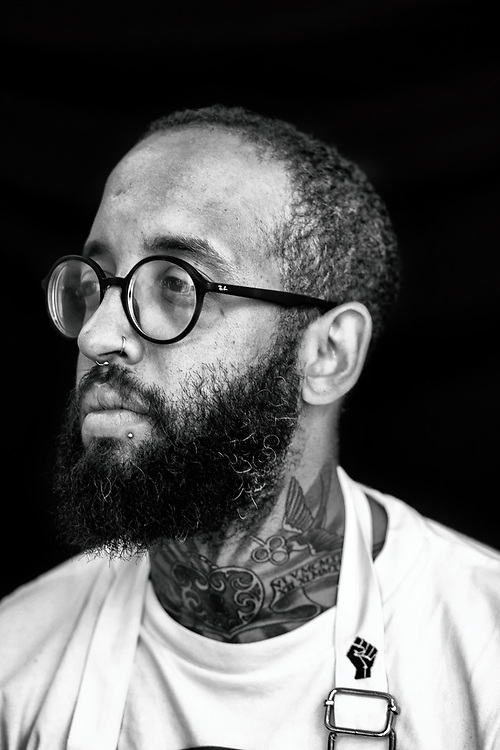