Christopher Spencer, also known as Cold War Steve, p[hotographed at his home in Birmingham. Coldwar Steve, also known as Cold War Steve, is the nom de plume of Christopher Spencer, a British collage artist and satirist. He is the creator of the Twitter feed McFadden's Cold War. The work features photomontages of celebrities with Eastenders actor Steve McFadden as his character of Phil Mitchell. The work typically shows a grim, dystopian location in England, populated by British media figures and politicians, with McFadden being the constant, usually looking on in disgust at the scene he is viewing. His work has been described as having "captured the mood of Brexit Britain" and likened to earlier British political satirists Hogarth and Gillray.[1] As of June 2019, his account has over 175,000 followers. McFadden's Cold War first appeared on Twitter in March 2016. As the title suggested, the work initially concentrated on the Cold War era, inserting Steve McFadden into photographs from the period often featuring Ronald Reagan or Mikhail Gorbachev. The EU referendum in June 2016 was a watershed in his career and led to his work taking on a more surreal tone. Speaking in December 2018 he said "rather then dealing with it as I've done in the past – which would have been drink or drugs or whatever – I channelled it more into my art. I incorporated other characters, so it's slowly become more satirical and political."[4] The work expanded to include politicians such as Theresa May, Donald Trump, Kim Jong-un in incongruous settings such as a run-down British working men's club or a derelict flytipping site alongside British celebrities such as Noel Edmonds, Cliff Richard, Danny Dyer or Cilla Black. Steve McFadden is the one constant in his montages.[3]

He held his first exhibition A Brief History of the World (1953–2018) at The Social in London between October and December, 2018.[5] The show was attended by comedian Al Murray and Guardian cartoonist Martin Rowson.[6 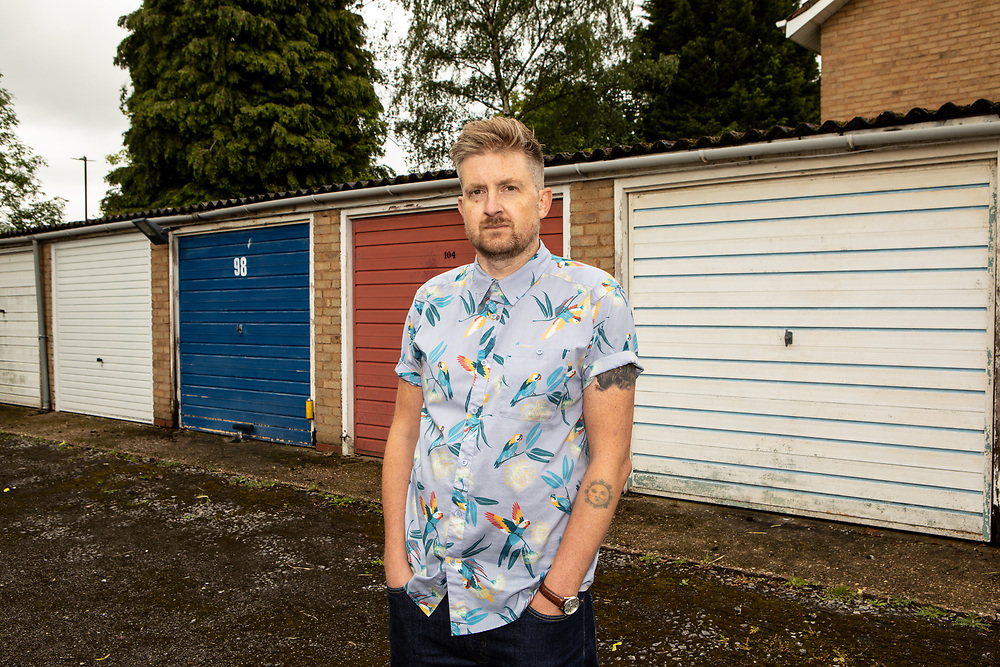