Celia Paul photographed at her studio in central London. Celia Paul has written an autobiography called “Self-Portrait” about her life as an artist. Celia Paul was born on 11 November 1959 in Thiruvananthapuram (formerly called Trivandrum), South India. She is the daughter of Geoffrey Paul, 8th Bishop of Hull, and the sister of the theologian Jane Paul who is the wife of former Archbishop Rowan Williams. Her niece Mary is a poet and environmental campaigner instrumental in getting the University of Oxford to stop investment in fossil fuels. Paul is a British citizen.

From 1976 to 1981 she studied at the Slade School of Fine Art in London, where she met Lucian Freud who was a visiting tutor. She had a relationship with Freud between 1978 and 1988 and has a son by him, Frank Paul (born 10 December 1984), who is also an artist. Celia Paul appears in several paintings by Freud, including Girl in a Striped Nightshirt (1983–85; Tate, London). Spouse, Steven Kupfer (married 2011).

Paul wrote her autobiography Self-Portrait which was released in 2019 and well-received by national newspapers including The Guardian. She was shortlisted for the RSL Christopher Bland Prize in 2020 for Self-Portrait.
Celia Paul's paintings are intimate depictions of people and places that she knows well. She does no portrait commissions. Her paintings have a haunting otherworldly feeling. "Throughout all her work the sense of sight is associated with a world of potential, within. This is how a sense of the ineffable is able to be communicated". Paul worked on a series of paintings of her mother from 1977 to 2007 and since then she has concentrated on her four sisters, especially her sister Kate. "…[T]he real strength of Paul's project becomes apparent with time: the concentrated emot 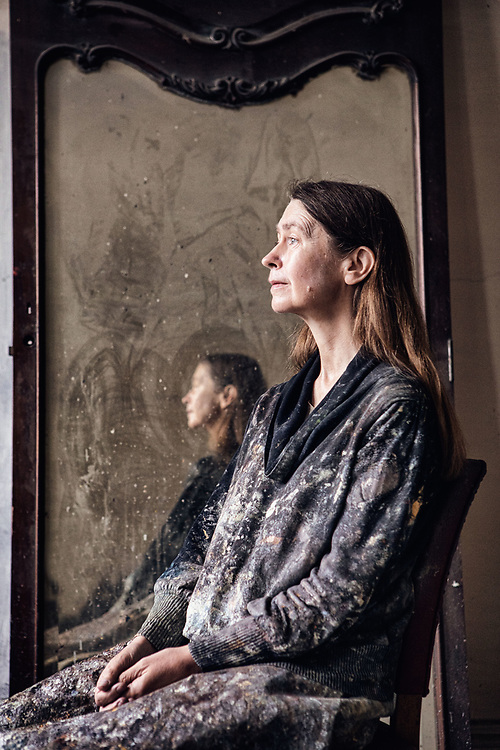