Roas Franco, mother of Maria Isabel Letiz Franco, who was murdered in 2001. Franco's effort to bring the men who killed her daughter to justice is seen as the catalyst for the women's movement campaign against violence toward women in Guatemala. Franco speaks to the press at the spot where her daughter was kidnapped. Women in Guatemala marched in solidarity to mark "The International Day Of No Violence Against Women" on the 25th of November. The day was marked throughout the world. The march took place in the capital Guatemala City, and involved between 5,000 to 10,000 people. The march stopped at various Government ministries that the marchers felt were not doing enough to protect women in Guatemala. The March delivered petitions to the Supreme Court and the Interior Ministry and several other government departments. The march ended peacefully in the Parque Central, the main square of the city and symbolic heart of government and country. 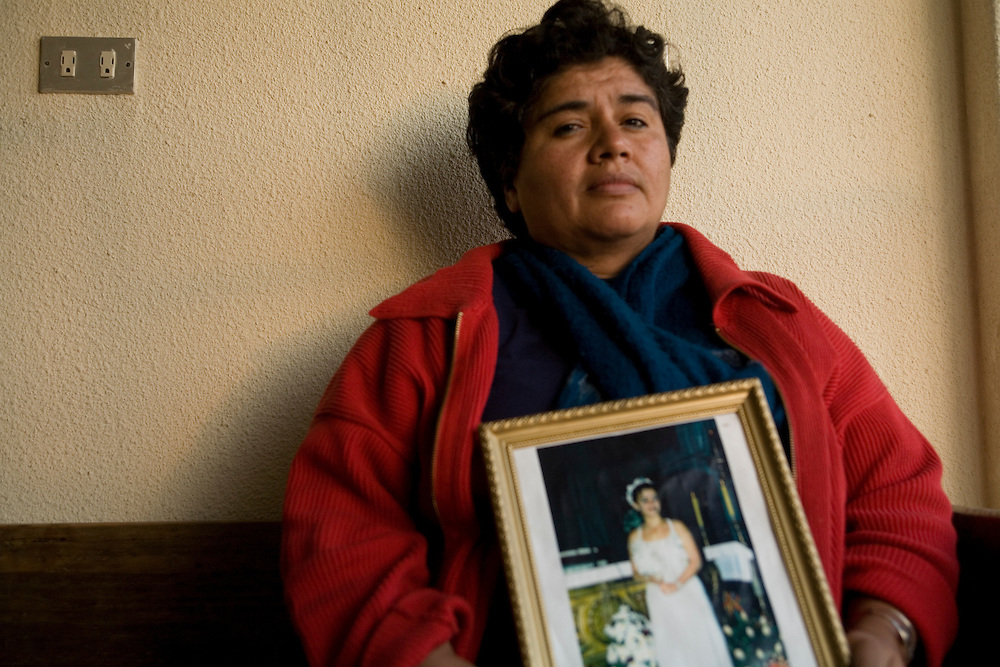