Tim Key performing his act "Mulberry" at the Soho Theatre, in which he talked about in his velour tracksuit read his little poems and talked about his experience in lockdown. Tim Key is on tour around the United Kingdom. Tim Key is an English comedian, actor, writer and performance poet. He is best known for appearing alongside Alan Partridge as Sidekick Simon in Mid Morning Matters and This Time. In 2009, he was the winner of the Edinburgh Comedy Award and was nominated for the Malcolm Hardee Award for Comic Originality 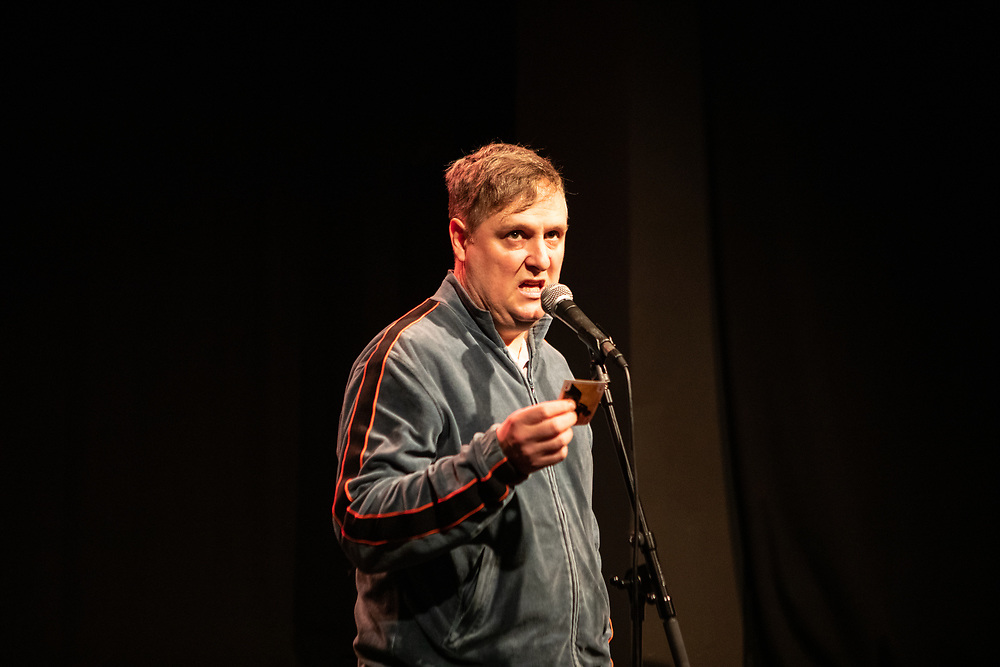