Louise Casey at the Food bank based at the Queen's Crescent Community Association (QCCA) in Camden, North London. Louise Casey, Baroness Casey of Blackstock DBE CB is a British government official working in social welfare.
The Right Honourable The Baroness Casey
of Blackstock
She was the deputy director of Shelter in 1992, head of the Rough Sleepers' Unit (RSU) in 1999, a director of the national Anti-Social Behaviour Unit (ASBU) in 2003, head of the Respect Task Force in 2005 and the UK's first Victims' Commissioner in March 2010. She became director general of Troubled Families on 1 November 2011. In February 2020, Boris Johnson appointed her as an adviser to help tackle homelessness, and she was later appointed as Chair of the Rough Sleeping Taskforce. In July 2020 she was nominated for a crossbench peerage. 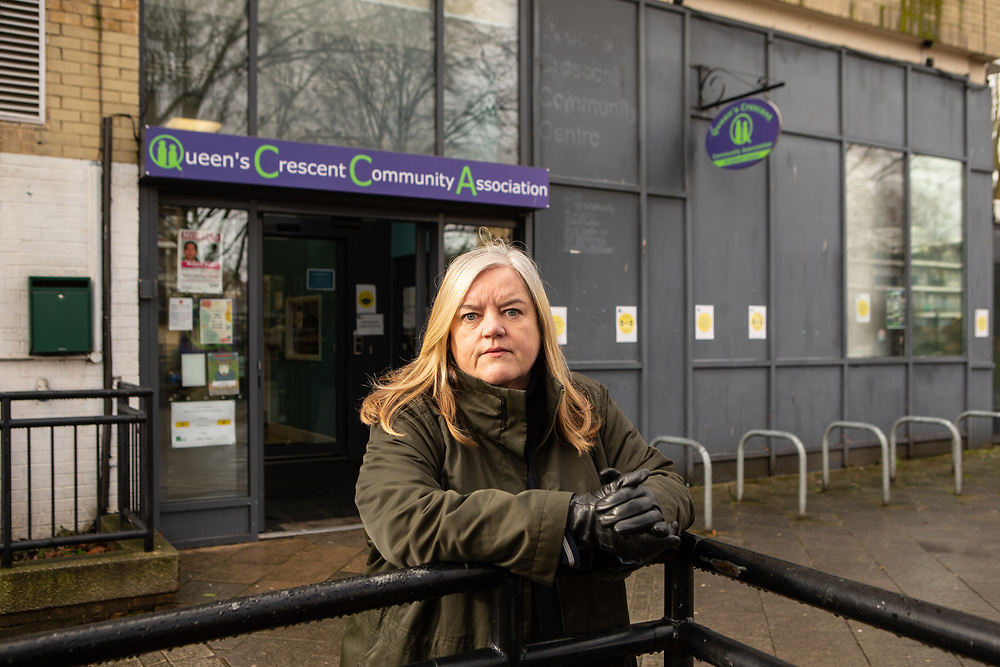