Anna Morell follows her daughter Aurelia out of the water so they can put sandles on .
Anna Morrell, 46, and her daughter Aurelia, 10, go for a swim in All Hallows beach which is on the opposite bank of the Thames Estuary from Southend. They were joined by their friend Zoie Pritchard who decided not to swim because it was too cold and blustery. 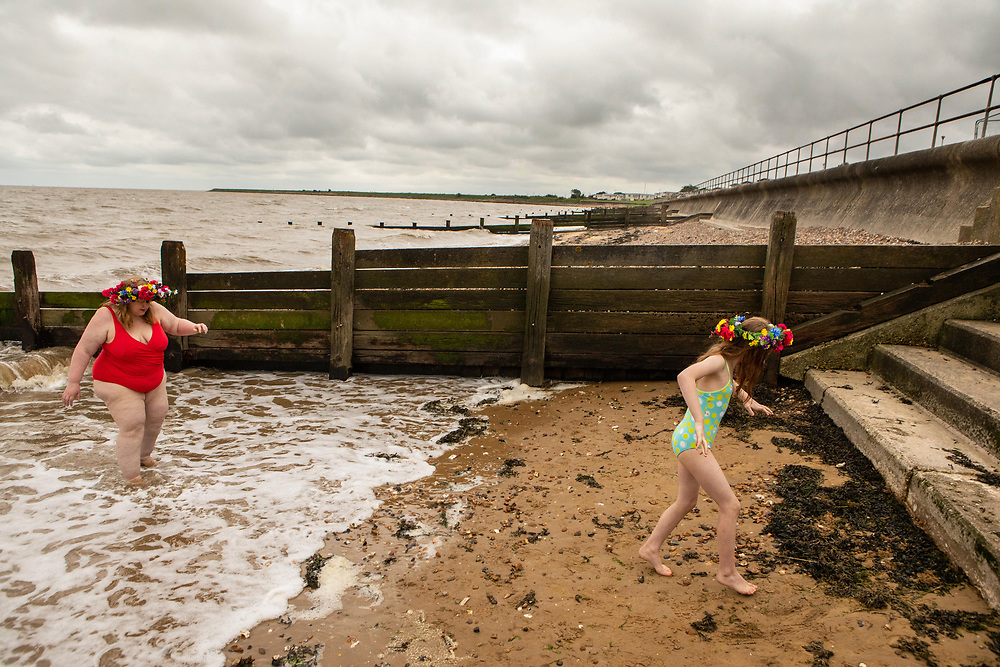